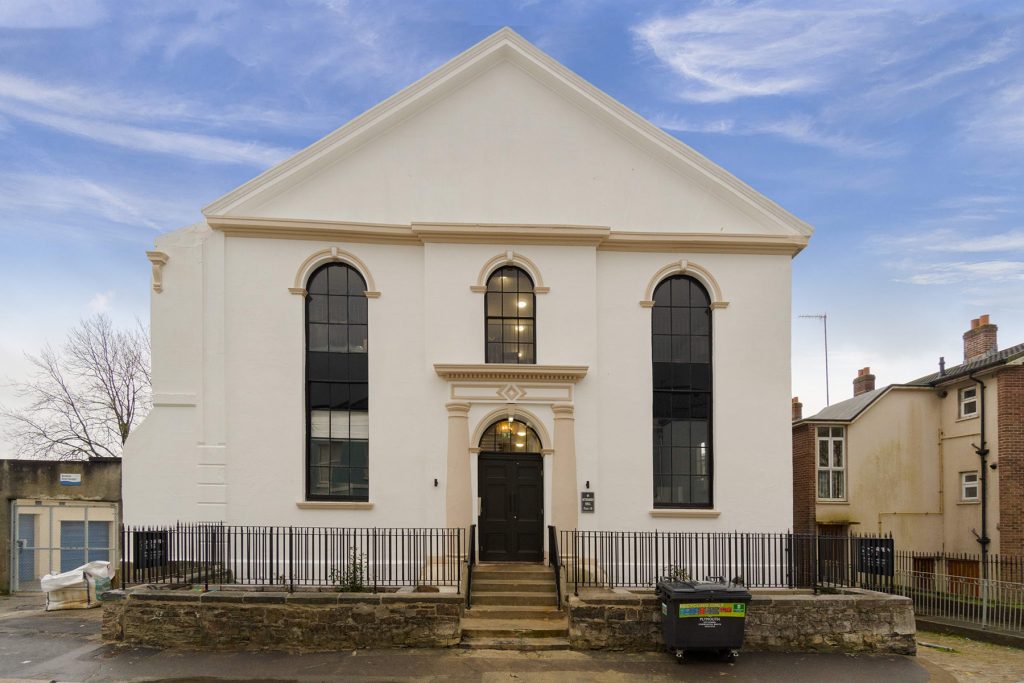 Originally constructed in the 19th Century as a chapel, Wyndham Hall, in the centre of Plymouth, had been empty for decades and had become a magnet for squatters and anti-social behaviour.

We had a vision of transforming the building into a number of self-contained multiple occupancy apartments for working professionals and students.

As with our other projects, we knew that exceptional design from the outset would be key to delivering a successful outcome. The building has been split into 6 separate apartments, each containing either 4 or 7 rooms. Each apartment has its own large communal space for cooking and socialising, with the majority of the rooms being en-suite.

The building also benefits from 1GBps broadband, which is the fastest of any shared house in the city.